As a startup should you choose MVP, Prototype or PoC For a startup with budget constraints, it is no secret that they have to make a lot of vital yet correct choices. From mockup creation to feature design and budget revisions, everything matters. However, deciding whether they should develop a minimum viable product, a proof-of-concept or a prototype to test the market is one of the hardest decisions to take. As a startup if you are worried about this decision, we may help you out. We are here elaborating how MVP, Prototype, and PoC differ from each other, have a look at our ultimate MVP vs POC vs prototype guide.

Here we’re going to take you through everything you need to know about prototypes and MVPs. We’ll look at:

As the name denotes, POC (Proof of Concept) is an approach which businesses use to validate the idea or the feasibility of the concept. The stage comes into existence way before the mobile app development process starts. Here a small project is implemented for verifying if a concept can be implemented on the technical capability and business model grounds.

A mobile app POC is not usually shown to the public or the customers for the main idea behind it is to simply check if the idea is workable or not.

Prototype focuses entirely on showing how an app will flow from one screen to another and how it’d look to the end users. Building a mobile app prototype is one of the most important processes of app development for it uses tools to help with understanding how the app flows, what would be its usability, and what all features must be added in the application. Although it is not a standalone system in itself, the benefits of mobile app prototyping can be seen in the fact that it helps in getting a clear idea of how the app will look and function.

What is Minimum Viable Product?

MVP is a functional app that comes loaded with the prime features that best represent the application. It is a standalone application version containing mobile app MVP functionalities that can be sent to the users for them to play around and gauge the experience that they’ll get out of the full version of the application.

The MVP development process helps in verifying the app feasibility, teams’ assumptions about the application, and its probable usability along with the market demand. When you build a minimum viable product, it ultimately helps in developing an application which is prepared to gather the end-user feedback.

Prototypes are about product discovery and coming up with the fastest, cheapest way to test your assumptions. But when people think of a “prototype,” they tend to think of the first type of prototype they experienced.

However, there are actually four distinct types of prototypes, each suited for testing different assumptions.

Choose MVP when you aim to:

Choose POC when you need:

Choose Prototype when you need:

Q. What is the difference between MVP and Prototype?

The primal difference that stands between the goal of a prototype and an MVP is that the latter is a ready to publish publicly version of an application, while the former is more of a version that is there to test the idea within the internal stakeholders of a company.

Q. What is the difference between a Prototype and a Proof of Concept?

POC vs Prototype is a comparison of two very different concepts. While POC is merely a set of documents or basic level software used to check the workability of an idea, Prototype is the clickable version software that give stakeholders peek into how the user would move inside an application.

Q. What is the difference between MVP and POC?

POC vs MVP is a comparison between a concept and an application that is ready to be published in the stores. While the intent between both the concept is the same – to validate an app idea, the stages in which they make an appearance are very different.

A POC is the first stage of idea validation – stage where a small project is implemented for verifying if a concept can be implemented on the technical capability and business model grounds.

MVP, on the other hand, is a functional app that comes loaded with the prime features that best represent the application.

With new clarity, are you ready to give your startup idea a kickstart? Why don’t we help you out Testing a business idea? Do it with a PoC to reduce risks 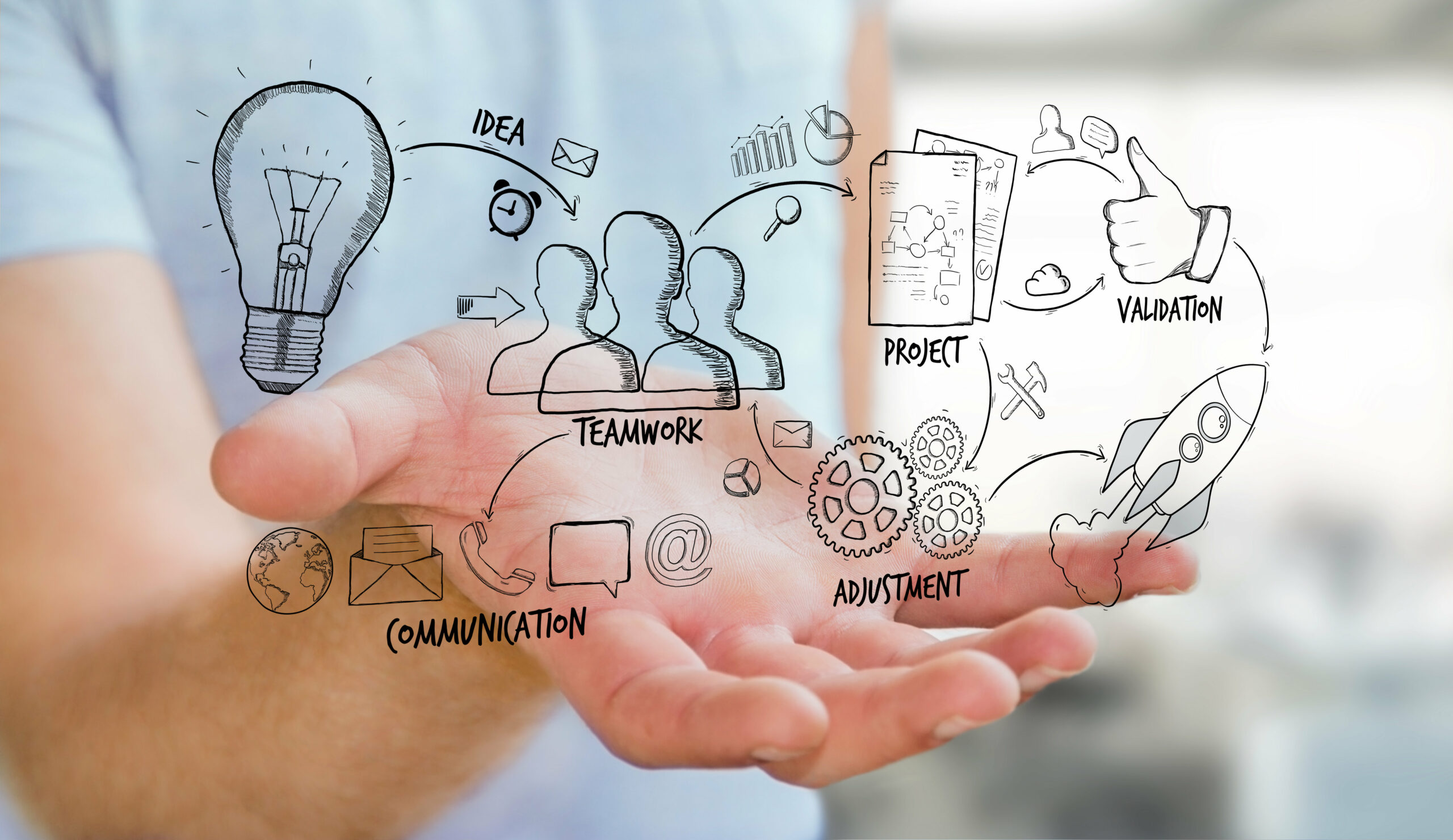 How to validate the business idea for your startup?